9 Europe Travel Tips You Need to Know Before You Go

Traveling in Europe can present life-changing opportunities for Americans of all ages and backgrounds. But, without the proper planning, a trip to Europe can quickly turn from a fun excursion to a stress-filled nightmare. If you are planning to visit Europe in the future, here are nine tips you should keep in mind to ensure that your European vacation goes off without a hitch.

To make sure you pack what you need without overpacking, it’s a good idea to sit down and make a comprehensive list of what you will need for your trip, what you might want to bring, and what you probably don’t need.

Will your hotel or guest house provide you with some complimentary toiletries, like shampoo or toothpaste? If so, those are a few items you won’t need to pack. Does the local forecast call for warm and sunny weather? You probably don’t need to pack cold weather clothes (though you should still probably pack an umbrella, just in case).

You might also buy travel cubes or vacuum-sealed bags, as these can help you pack clothes more tightly and organize your things better. You should also make a list of your most essential items, such as medications or phone chargers, and make sure that you pack them in your carry-on luggage instead of any bags you are checking.

2. Read Up on the Countries You’re Visiting

Before embarking on a European vacation, reading up on the countries you plan to visit is a good idea. Many European countries have various stereotypes associated with them in the American imagination, thanks to pop culture and Hollywood portrayals. But the reality of these countries can often be quite different from what you might expect.

As a tourist, you should try to research the language, local customs, etiquette, and laws of any country you are traveling to. Researching these countries has the added benefit of potentially providing you with some good places to visit that you may have missed if you only stuck to the most popular tourist attractions.

It’s also a good idea to check up on the normal cost of traveling for each country in Europe. Some European countries, such as Portugal, Hungary, and the Czech Republic, offer the same beautiful scenery and memorable cultural experiences for lower overall costs than better-known countries like France and Italy.

Money is another major thing to look into when planning a trip to Europe. Before setting off, you should know what currencies you will need to use in the countries you plan to visit.

The good news for Americans is that many of the most popular European countries are part of what’s known as the Eurozone. This means that they all share a common currency, known as the “euro.” France, Spain, Italy, Germany, and other major tourist destinations have this currency in common. If you are only visiting countries in the Eurozone on your trip to Europe, you won’t have to constantly change currencies whenever you cross international borders.

However, only some countries in Europe are in the Eurozone. Many European countries, including several member states of the European Union, don’t use the euro and instead use their own currency. This includes major tourist destinations such as the United Kingdom, Switzerland, Poland, and the Scandinavian countries.

Even if you are only planning to visit countries that use the euro, you should still get a solid understanding of the exchange rate between the euro (or any other local currency) and the United States dollar. Many American tourists accidentally spend more than they were planning due to a poor understanding of how the prices in the local area translate into USD.

4. Understand Entry Requirements for Each Country on Your Trip

Anytime you fly from the United States to a different country, you will need to understand the entry requirements for the country you are visiting. If you are traveling to multiple European countries, it’s a good idea to look into what you will need to do when passing from one country to another.

Fortunately for American tourists, most European countries lie in what’s known as the “Schengen Area.” These countries are bound by a treaty that abolished all passport checks and border controls at their mutual boundaries. So, rather than showing your passport to border agents whenever you pass from one country to another, you can simply enter your next country as easily as you would a different state in the U.S.

When traveling internationally, you should always keep an eye out for potential discounted travel options. Many budget airlines operate flights between major European destinations and might even offer flights between Europe and the United States. These airlines may lack the amenities major airlines offer, such as onboard meals or free carry-on bags. But if you can pack light and go without a snack for a few hours, they will probably save you a bit of money.

If you can’t find a cheap enough budget flight between two European cities, train travel can offer another relatively inexpensive way to get from one destination to another. Major European cities will also usually have excellent public transportation that you can use to get around the city for much cheaper than a cab or tour bus. If you visit Europe outside of the peak season for travel, you might also find plane and train tickets to be cheaper.

6. Learn Some Phrases in the Local Languages

If you are planning to travel to multiple countries in Europe, you will likely encounter several different languages during your trip. This can be a daunting task for tourists coming from a world in which English is spoken everywhere. The good news for you is that most Europeans have some degree of fluency in English, especially in many major tourist destinations.

However, even if you visit a country where most of the population speaks English, it’s still a good idea to learn a few common phrases in the local language. This can be useful if you need to communicate with someone without fluent English skills. But also, it’s just good etiquette and shows a degree of respect for the local population that would be lost if you just spoke English all the time.

No matter how well you plan out your European vacation, there’s always the chance that something could go wrong. Whether it be something major, like a sudden illness or injury, or just a minor annoyance like lost luggage or canceled flights, it’s always a good idea to be prepared for something going wrong.

Travel insurance is an excellent way to protect yourself in an emergency during your trip to Europe. Different insurance companies offer different kinds of coverage options for their travel insurance plans, but in general, you can find travel insurance that covers medical care, lost luggage, or financial losses due to unexpected cancellations.

Many European destinations offer special travel deals that can save you money or grant you special perks when visiting major attractions. If you are using a credit card, you might be able to accumulate travel points that will get you discounts on things like flights, hotels, and other expenses.

Some European cities offer special city passes that you can purchase ahead of time. These passes will let you skip the line for many of the city’s major attractions and are often cheaper than buying separate individual tickets.

9. Go Off the Beaten Path

Finally, one of the more underrated tips for Europe is to let yourself go off the beaten path every once in a while. The major European cities have their fair share of wonderful attractions you will want to visit. But many less visited areas can provide charming visits in their own right.

Getting out to the European countryside, visiting small towns and villages, or looking into more obscure museums can all offer memories that rival those of more popular tourist destinations. Plus, there will likely be fewer tourists there, which is always a bonus!

If you are preparing for a trip to Europe, preparation is always the key. Whether planning a small weekend getaway or a months-long backpacking excursion, you could always use the best tips to make your trip much easier. Visit Tips-Travel.com to get more helpful travel tips that will save you money, reduce stress, and let you build lifetime memories! 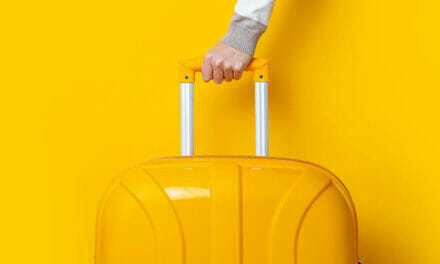 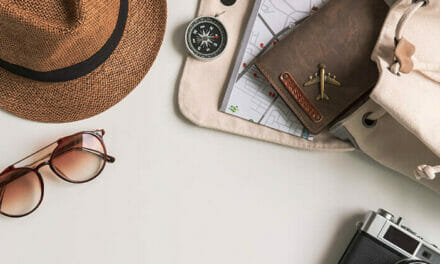 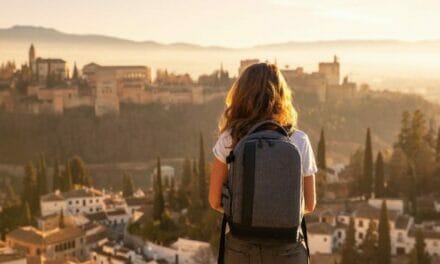 Mistakes to Avoid on Your First Trip to Europe