10 US Towns That Look European

Many Americans romanticize traveling to Europe because of the chance to experience other cultures and see unique architecture and culture. Most do not realize that there are towns within the United States that offer a taste of the experience without a passport or enduring long flights.

From the Dutch-inspired town of Holland, Michigan, to the French-influenced city of New Orleans, Louisiana, here are some of the most European-looking towns in the United States.

Solvang, California, is a small town in the Santa Ynez Valley founded by Danish immigrants in 1911. The town, which means “sunny field” in Danish, is known for its Danish-style architecture, windmills, and bakeries.

When visiting Solvang, you can walk or bike around the beautiful Danish storefronts, sample authentic Danish treats from the town’s numerous bakeries, and sample excellent farm-to-table meals at one of the town’s many wonderful restaurants complete with wine straight from local California vineyards.

Every year, Solvang hosts the Solvang Danish Days Festival, which features traditional Danish food, music, and dancing. If you visit during Christmas, you can enjoy Solvang’s Julefest for a Danish-style holiday celebration.

The state of Michigan has historically had a strong influence from Dutch immigrants over the years, and nowhere is that influence more apparent than the aptly-named town of Holland. Located on the shores of Lake Michigan in the western part of the state, Holland retains a strong sense of its Dutch heritage in architecture, decor, and culture. Visitors can see Dutch-style windmills, traditional Dutch Reformed churches, and abundant fields of tulips.

The city of Holland was founded by Dutch immigrants in 1847 to attain religious freedom and economic opportunity. Though changing times and populations have diluted the original Dutch fabric of the town, the population ensures that its European heritage comes to the forefront every year.

Each spring, Holland hosts the Tulip Time Festival, which celebrates the town’s Dutch heritage with parades, Dutch dancing, and, of course, tulips. Holland is also home to the Dutch Village, a theme park featuring replicas of Dutch buildings and windmills.

Elsewhere in Michigan, visitors can travel from Holland to Bavaria via the town of Frankenmuth. Frankenmuth, Michigan, is a small town known for its Bavarian-style architecture and festivals. Billed as Michigan’s “Little Bavaria,” Frankenmuth was founded by German immigrants in 1845.

Today, Frankenmuth is home to Bronner’s Christmas Wonderland, which bills itself as “the world’s largest Christmas store.” Unsurprisingly, the holiday season is an excellent time to visit and participate in traditional Bavarian Christmas festivities, including German treats, beer, and holiday decorations.

Frankenmuth also features the Bavarian Inn, a hotel and restaurant with a German-inspired design. The town hosts the Frankenmuth Oktoberfest Celebration each fall, which features traditional German food, music, and beer.

Another American town that has embraced its German heritage is Leavenworth, Washington. Located in the Alps-like Cascade Mountains, Leavenworth was once a nondescript logging town.

The town’s dynamic changed in the 1960s when town leaders began a concerted effort to transform the small logging town into a vibrant Bavarian village. The initial Bavarian-style redevelopment was modeled after the Danish cultural settings of Solvang, California.

In the subsequent decades, Leavenworth has transformed into a beautiful and unique  destination for travelers looking to get a taste of Germany without leaving the United States.

Come September; visitors can enjoy the Leavenworth Oktoberfest celebration, which features authentic German beer, wine, food, and numerous Bavarian costumes. When the holiday season rolls around, the town is also known for traditional German festivities, such as its Christmas lighting ceremony, which features over half a million lights.

Tarpon Springs, Florida, is a coastal town that Greek immigrants founded in the late 19th century. Tarpon Springs keeps its Greek heritage alive through its architecture, culture, and annual festivities.

Located in the Gulf of Mexico, Tarpon Springs is known for its Greek restaurants, churches, and annual Epiphany celebration, in which young men dive into the waters to retrieve a cross. The town also pays homage to the maritime traditions of the Greek Isles, with numerous boating and diving activities. In particular, Tarpon Springs is home to the Sponge Exchange, where sponges are harvested and sold.

New Orleans’s French Quarter features cobblestone streets, iron balconies, and Creole-style architecture that offer an experience unlike any other in the country. New Orleans is also home to the annual French Quarter Festival, which celebrates the city’s French heritage with music, food, and parades.

St. Augustine, Florida, is the oldest city in the United States, founded by Spanish explorers in 1565. Owing to its colonial heritage, St. Augustine still features exquisite examples of Spanish architecture, including many authentic historical sites dating back several centuries.

For example, the Castillo de San Marcos is a 17th-century Spanish fort lying right along the city’s Atlantic coastline. In addition to its beautiful Spanish architecture, St. Augustine is also home to the annual Fiesta de Navidad, which celebrates the city’s Spanish heritage with music, food, and parades.

Another city with abundant examples of beautiful Spanish architecture is the California city of Santa Barbara. Spanish colonists founded this coastal city in the 18th century, between the modern cities of Los Angeles and San Francisco.

Like St. Augustine, Santa Barbara is known for its Spanish-style architecture, including the Santa Barbara Mission, a Spanish mission built in the 1780s. The city is also home to the annual Old Spanish Days Fiesta, which celebrates the city’s Spanish heritage with music.

Boston, Massachusetts, is a city with a rich British heritage. The city, founded by Puritan settlers in the 17th century, is known for its historical sites, including the Old North Church and the Paul Revere House. The city is also home to the annual St. Patrick’s Day Parade, which celebrates the city’s Irish heritage.

Elsewhere in New England, Newport, Rhode Island, showcases stunning examples of Victorian-era European architecture. Lying along the Atlantic coast, Newport is primarily known for its Victorian-style mansions, many of which were built by wealthy families in the 19th century.

Once a popular summer destination for the wealthy, the city also features extensive Gilded Age architecture that can transport visitors back to 19th Century Europe. These include many buildings open to the public, including the Marble House and the Breakers. The city is also home to the annual Newport Folk Festival, which attracts music lovers worldwide.

Whether you’re interested in German beer festivals, Greek sponge diving, or Spanish missions, there’s a European-inspired town in the United States that’s perfect for you.

If you want to plan a road trip or vacation to check out one of the great European-inspired cities the United States has to offer, explore Tips-Travel’s blog for helpful travel tips and even more unique and worthwhile destinations. 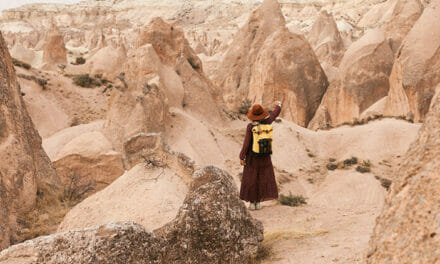 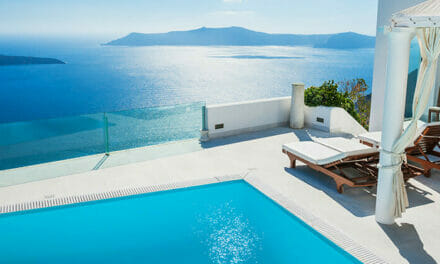 10 Best Hotels in the World 7 Must-See Christmas Towns in the USA